My mother did not save much except
money. She was not nostalgic.
There are no drawings I did in
fifth grade, no old report cards, no
favorite toys. I miss my Matchbox
and Corgi cars, my Beatles 45s
on Capitol, my old Mad Magazines
and Ripley’s Believe it or Not
paperbacks. All gone to garbage
trucks or garage sales. She handed
little down. I have a couple of my
father’s WWII medals, but none
of his letters home. My mother gave
my wife her string of pearls. It is
this one gift I want to talk about.
Tight with money her entire life she
was overly generous at the end. My
wife and I don’t go out much. We
don’t entertain. But there was an event
where we dressed up, a speech I
had to make. I found my old suit,
purchased at the Salvation Army to
get married in. My wife wore a simple
black dress and upon the breast she
laid that single strand of pearls.
They were like small lights, like prayer
beads, like dreamstuff. They were like
my mother, simple, surviving, hanging on.

COREY MESLER has been published in numerous anthologies and journals including Poetry, Gargoyle, Five Points, Good Poems American Places, and New Stories from the South. He has published eleven novels, four short story collections, six full-length poetry collections, and a dozen chapbooks. His novel, Memphis Movie, attracted kind words from Ann Beattie, Peter Coyote, and William Hjorstberg, among others. He’s been nominated for the Pushcart many times, and three of his poems were chosen for Garrison Keillor’s Writer’s Almanac. He also wrote the screenplay for We Go On, which won The Memphis Film Prize in 2017. With his wife he runs a 144 year-old bookstore in Memphis.

One thought on “Pearls / Corey Mesler” 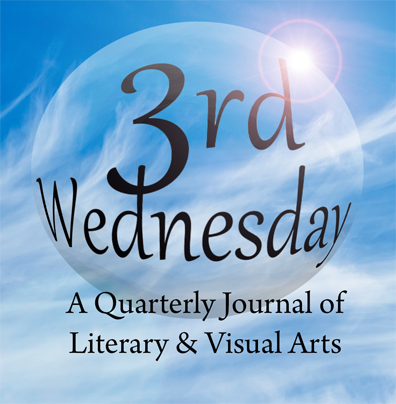